The sporting arena is a glittering kaleidoscope of personalities – some likeable and others – meh, not so much.

Obviously, reaching the pinnacle of your sporting profession and pulling on national colours grants you immediate access to a highly exclusive club. This fame and celebrity could easily go to your head.

And oh boy does it for some.

The problem is, that when it does, it immediately makes you obnoxious and unlikable to everybody besides your friends and family.

So, in celebration of this – we thought we’d take a look at 5 players we dislike, as a result of it, and 5 players we do, due to them keeping their personalities in check. 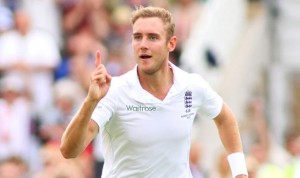 A competent allrounder, Sally has given a decent showing of himself in the cricketing arena. It’s never been his talent that annoyed us though – it was the way he whined, cheated and his general personality. On more than one occasion he has been caught and not walked and in the gentleman’s game that shit is not cool. Not a fan either? Check out the “Stuart broad is a shit bloke” Facebook page – it has 65795 fans.

An unconventional quarterback – Vick ran better than he threw a football. This made him a unique defensive threat and this led to some success in the NFL. But then, in 2007 Vick was convicted of his involvement in a dog fighting syndicate – for which he spent 21 months in prison. As animal lovers – we ain’t got no time for that.

This list could easily be full of Australian cricket players; Steve Smith jumps to mind, Ricky Ponting, Jason Gillespie – the list is endless really. But ensure that we leave room for others – we thought we’d include David Warner for his sledging and general badassery which would have been cool if he was South African.

Again, the Australian rugby scene is alive with possibility, but for us, one man stands head and shoulders above the rest. And that man is Chris Latham. Look at this picture.

Another man of supreme talent – he appears on our list largely because of his court tantrums and the things he says in the media. Take this gem for example: “To be honest, I think bananas are a pathetic fruit.” Remember this video? Couldn’t have happened to a better fellow.

Now that that’s out of the way – lets look at the 5 people we do like.

The All Blacks have all the reason in the world to be a team of pompous, smug, divas. But are they? Nope. Never. The All Blacks respect every team they play for and this respect probably contributes to their success in that they are always prepared.

Gilchrist is just a pleasant chap and much like some of the individuals named above – he didn’t have time to engage in the more unsavoury side of cricket. Even though he didn’t, he still became one of the legends of world cricket. Something to think about, David?

Much like his compatriot above – Giteau is immensely talented but just sticks to his game. Listed as one of the most well paid rugby union players on the planet – he truly deserves every Euro. 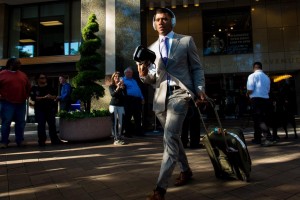 Besides the fact that he plays QB in this reporter’s favourite NFL team – Wilson just seems like a genuinely nice guy. In spite of the fact that he’s @dangerruss on Twitter, is married to Ciara, and dresses like a hip hop star on game day – his newsfeed is awash with charity work, other philanthropic endeavours and gratitude and while this could all be PR – I am giving him the benefit of the doubt.

Pietersen hasn’t always been well liked but over the course of the last couple of years – he has really turned a corner. Besides, it’s really hard not to like someone when they have such a rare talent. The South African thing certainly helps too. Sure we might be the only people who feel this way but we are sticking to it.

There you have it sports fans. What’s your thoughts on the list? Any glaring omissions? Good! Hit us with a comment below or tweet us @leftbacks and let the banter commence.