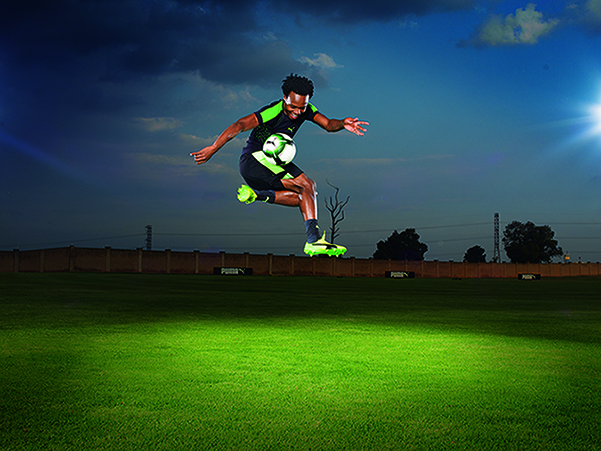 What a difference a season can make. Last year, after not much game time at Sundowns, Percy Tau was playing first division football at Witbank Spurs. Just a season later, he’s back at Mamelodi Sundowns and scoring goals. He’s made such an impact that he’s become one of the hottest properties in the PSL. Not going unnoticed, last week Tau got himself a call-up to the Bafana squad. If that wasn’t enough – he’s now landed himself a contract with Puma! The man is flying high. 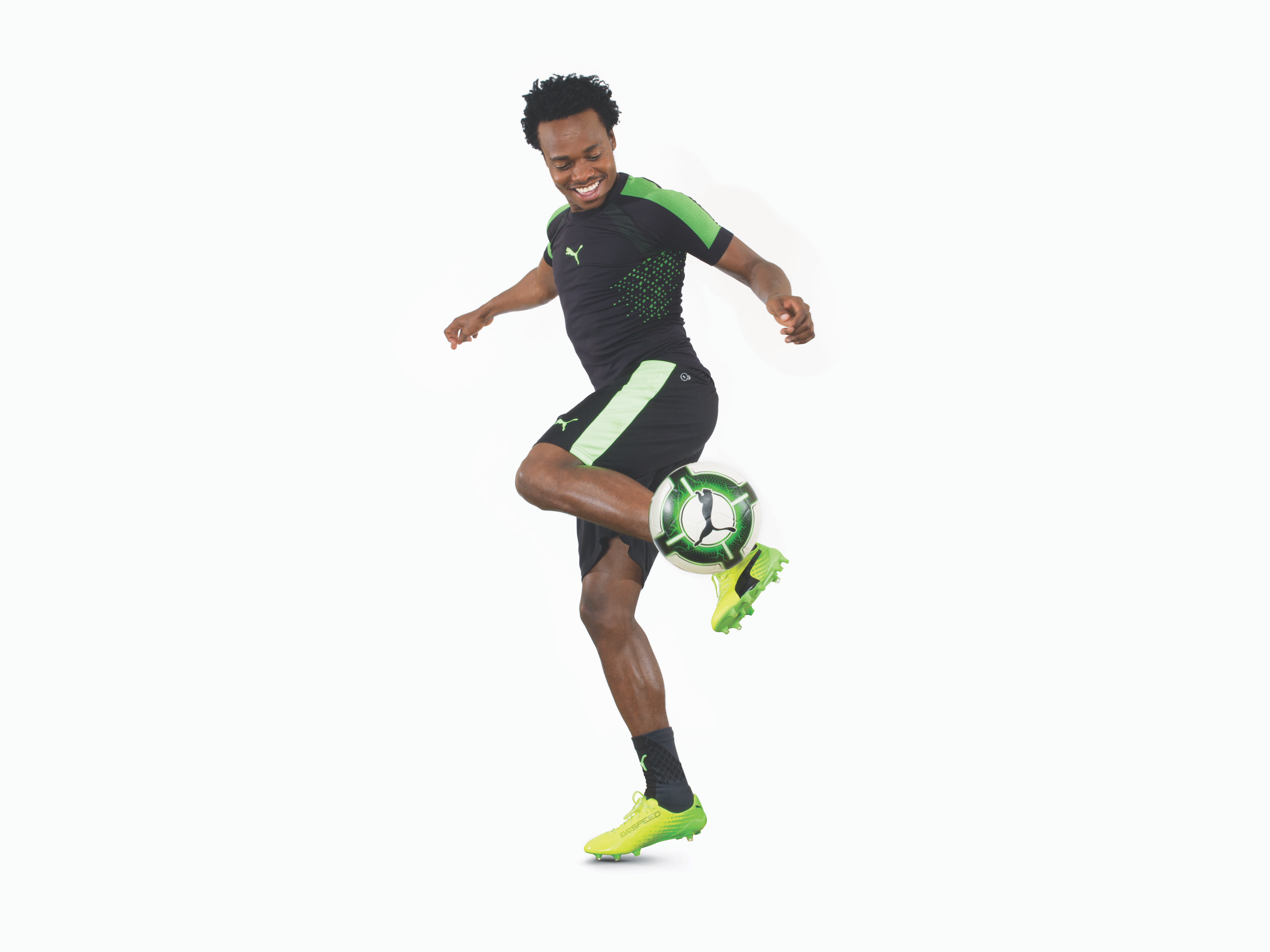 In a Q&A, he said the Evo Speed SL was perfect for his game: “It’s so light and suits my game. Even though the boot feels so light, it still is very comfortable and my feet are well protected.”

Pitso Mosimane rates the attacker very highly and has been quoted saying how he shows ‘so much bravery’. Tau explains the source of his strength and courage. “I believe in my abilities first and foremost. The tech team has also done a great job in giving me confidence and liberating me to enjoy my game.”

Turning to the PSL, Tau is convinced Sundowns have what it takes to win the league again this season: “We are a very strong team that has grown so much together in the last year, our togetherness and challenges and triumphs of the last year give us confidence. In the end, we will see who will win the championship.”

Lastly, for those on you on twitter, go follow Percy Tau at @percytau35 where he says “it’s all about sharing my journey with my followers, to give them the Percy Tau they hardly see. I am new to social media but I am enjoying the interaction with the Masandawana family.”

So keep an eye on this massively talented 22 year old – he is seriously going places…. and quickly.