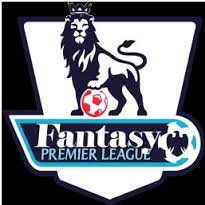 GUT-WRENCHING! That’s what last weekend’s game week was for us.

Alderweireld, Ozil and Vardy all got an assist, while Lukaku found the net. What made the week such a disaster, was our bench. We left Butland (7), Mahrez (21) and Francis (6) all on the bench. That’s a massive 34 points!

We managed 49 points, when the overall average was 51, meaning we dropped places once again. We’re now in position 41,975 out of over 3.5 million people. That bench mistake cost us about 20,000 places. We feel sick. 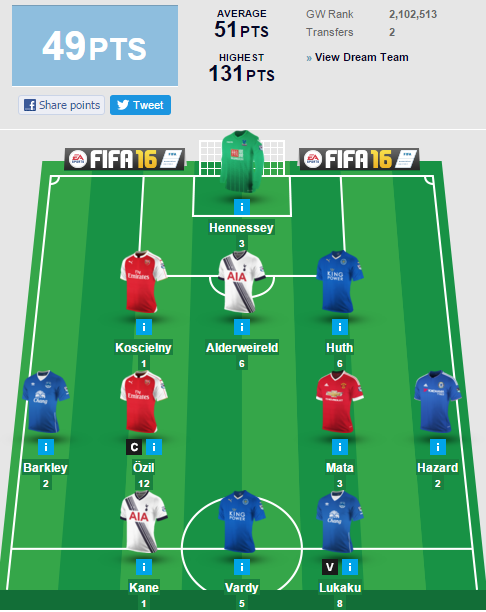 Not too many changes needed, so we’ll look to strengthen our bench.

From Gameweek 1, we’ve had Reece Oxford from West Ham. He played the first few games and then was dropped. So now is a perfect time to get him out. We’ll bring in Moreno from Liverpool. He’s ultra attacking and has West Brom, Watford, Leicester and Sunderland in his next four fixtures. 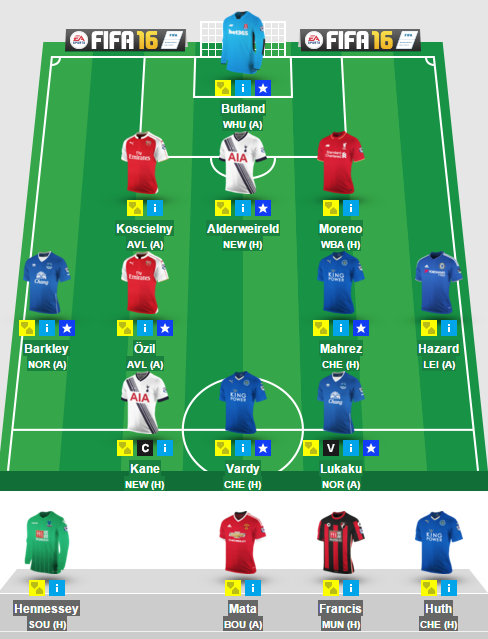 We going to take a punt on Harry Kane this week. Lukaku will get the vice captaincy.