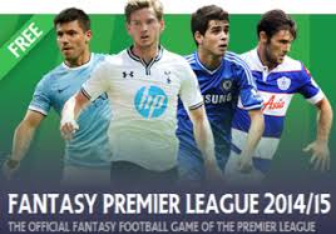 My disastrous form continued into Gameweek 10.  I mentioned last week that I wasn’t sure if I wanted to keep Aguero or bring in Costa for his match against QPR. Half an hour before the bell sounded on Saturday, I had Aguero in and Hazard as captain. 10 minutes before the “Ding” I had visions of Costa destroying the QPR defence, and changed Aguero to Costa, and gave him the arm-band.

That moment of madness cost me 14 points and a free transfer. Hazard got 10 points (could have been 20, had I left him as captain) and Costa got a mere 2, while Aguero got 8 points thanks to his 10th goal of the season. Other stand-outs were Taylor (6), Clyne (8) and Krul (8). A total of 51 meant more red arrows and I’ve fallen further down the ranks. I’m now outside the top 1000 in the country and just inside the top 80 000 globally. 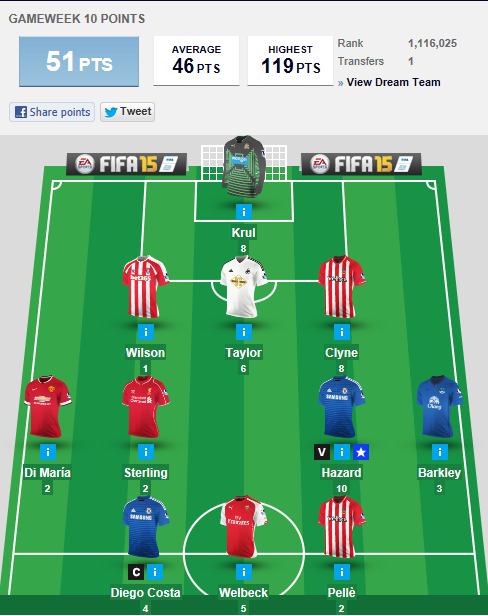 Last week I said I was eyeing out a few players. I included Chambers and Oscar who scored 18 and 10 points respectively. If only I had listened to my instincts. The in-form Arsenal midfielder Alexis Sanchez is the name on everyone’s lips at the moment. He is one of those “must have” players in fantasy football in the past few game weeks. I have tried everything possible to get him in, and the best option seems to be Sterling and Siggy OUT, Sanchez and Downing IN.

One problem with that though…. it means Aguero is not in my team. I realise that many people are saying he will be rested against QPR, but the fact is City may not make it out their Champions League group, meaning Aguero will be Pellegrini’s trump card to try win the Premier League. This makes him a long term investment. I’m also tired of deciding between Aguero and Costa – so I want to get them both in.

I mentally gave up on Sterling a few weeks ago, and he has done nothing to change my mind.  So what I’m doing this week is getting in one of the players I mentioned last week in his place, Tottenham’s Ryan Mason. Yes, I’m a Spurs supporter – but I really think 5 million for a midfielder who’s playing every week is just too good. My other change will be Aguero in for Welbeck. If he doesn’t play Siggy is on my bench so he’ll come in. 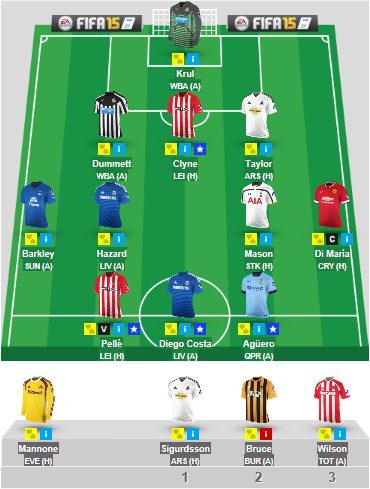 I’ve decided to steer away from the obvious choice of Aguero, due to my worry that he might only get 15 minutes game time.  Pelle will be playing against Leicester, so he’s hugely tempting, but I have been seeing a change in the Manchester United side of late. I feel they are starting to gel and Angel Di Maria is always the heartbeat of the team. I’m going to give him the armband, and Pelle will be my VC.