The Otter Trail is one of the best experiences I’ve ever had. I can’t recommend it enough. Here’s my account and tips of the five days we hiked from Storms River to Nature’s Valley.

Day three is arguably the most beautiful day. You start alongside the ocean and rarely deviate from it, so you constantly have sea-views. 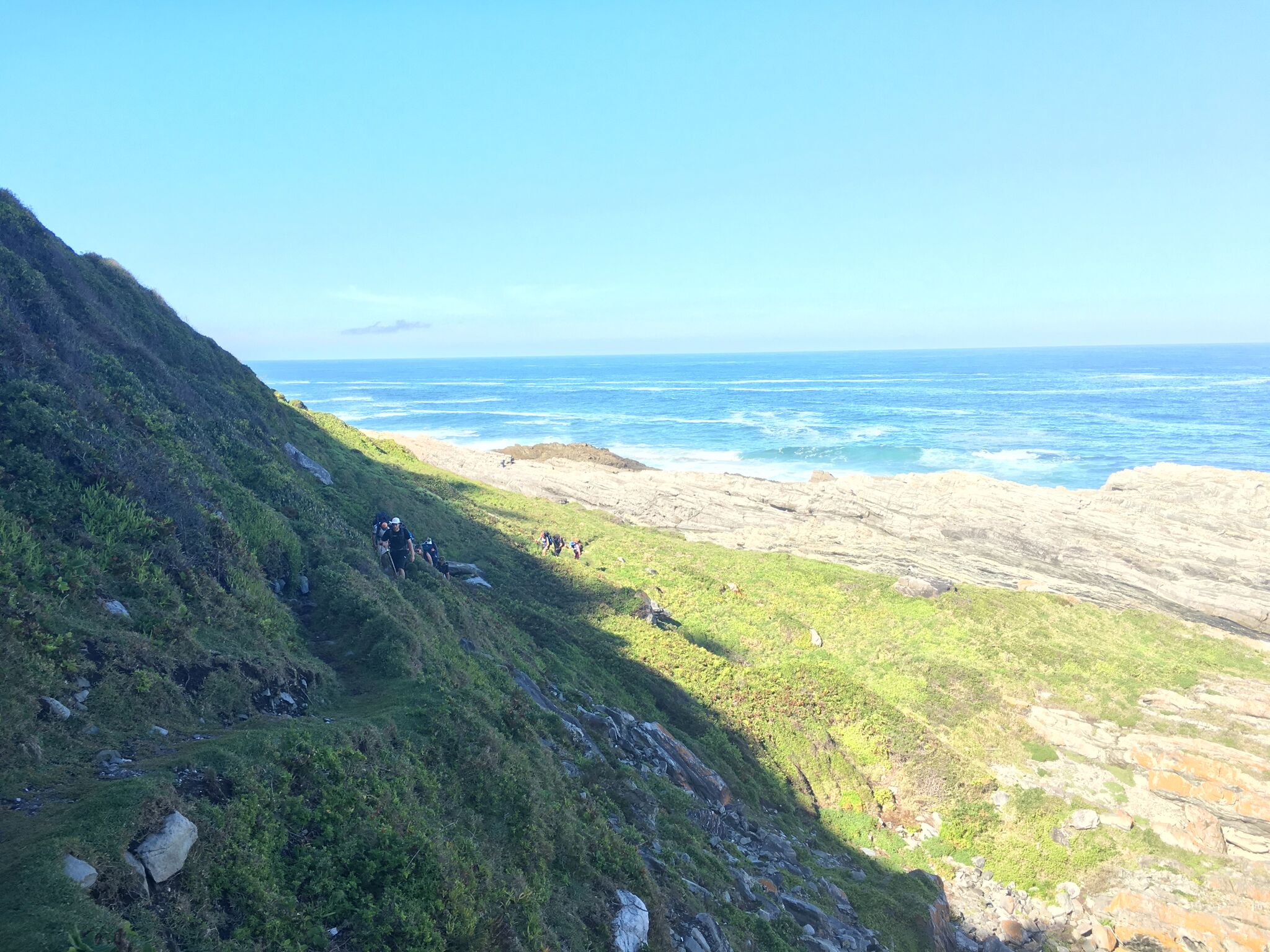 Day 3 is 7.7 kilometres long, but not nearly as hilly as day 2, so we slept in till about 9am, had an extended breakfast, which varies from tea and rusks, “Oats So Easy” or boiled eggs – before putting on our rucksacks, which were by this stage at a manageable weight, and heading off. Very early on in the hike, there’s a beautiful gully, surrounded by rocks. A few members of the group thought the weather was still too cold, but as in every group – there’s always a few nutters, and they were not going to let this rock jump opportunity go by…. 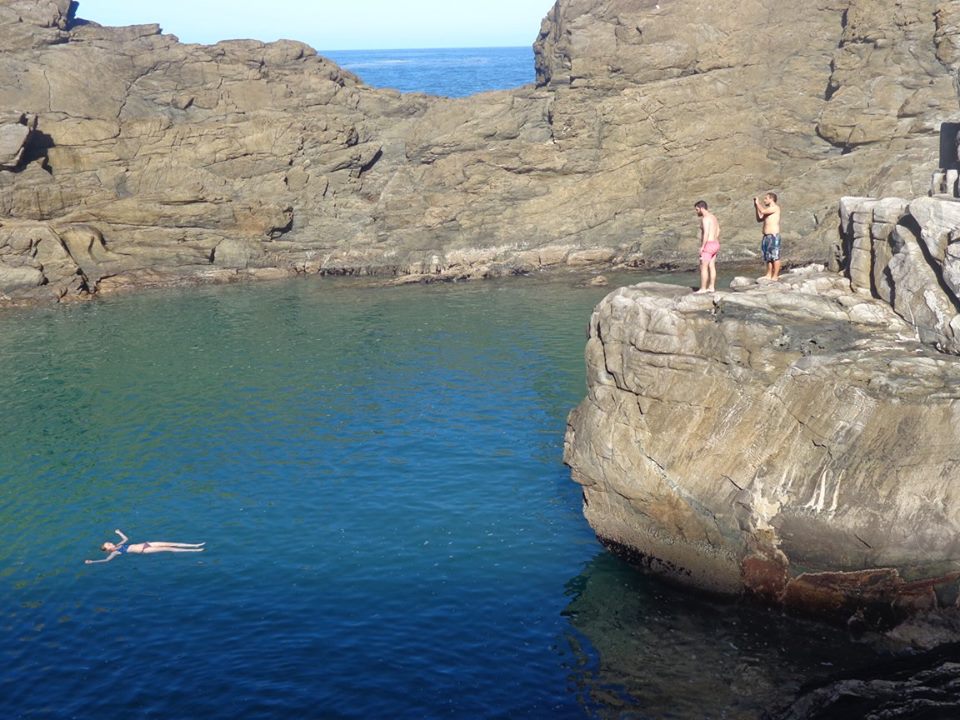 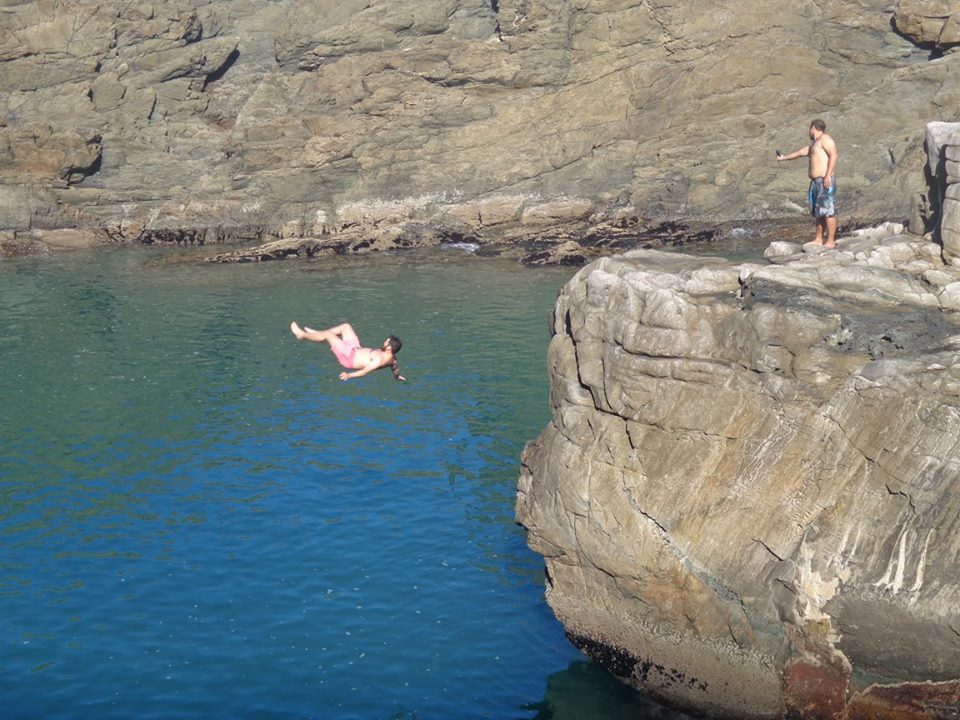 Walking through the next kilometre, a section named “cobweb valley” (I still believe we just made that name up) is just a mind blowing experience. I would never have thought I’d find cobwebs beautiful to look at – but there were just so many, and the sheer size of them was jaw-dropping, add the fact that there were drops of dew on all of them left us with no option but stand there in awe. 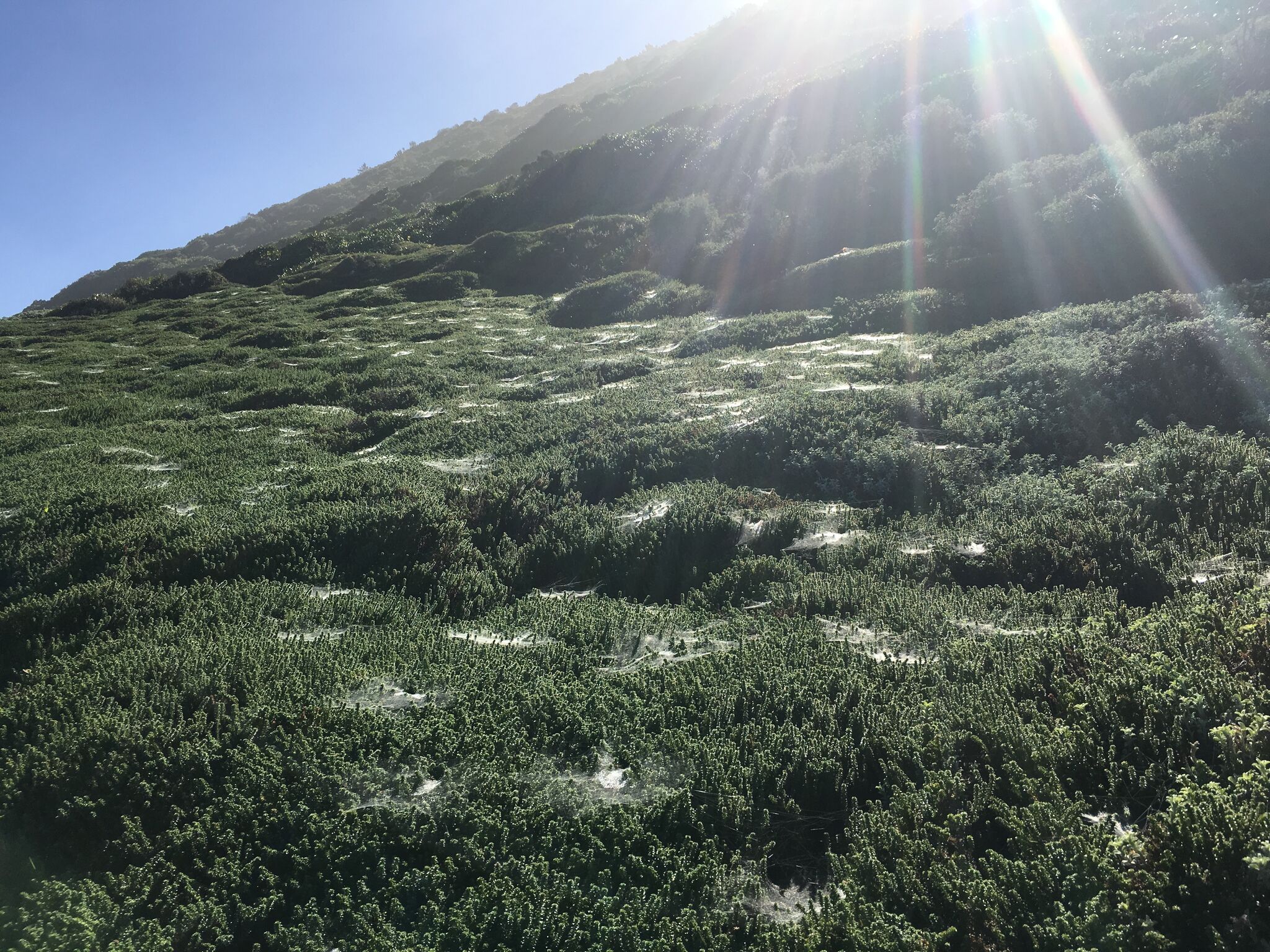 There are a few parts on day three that get quite thick in terms of bush which was quite nerve-wrecking. You’re well aware that there could be all sorts of animals in and around you, but we just put our heads down and got through it. I think one or two of us (me) may have attempted a slow jog through here rather than a casual hike. 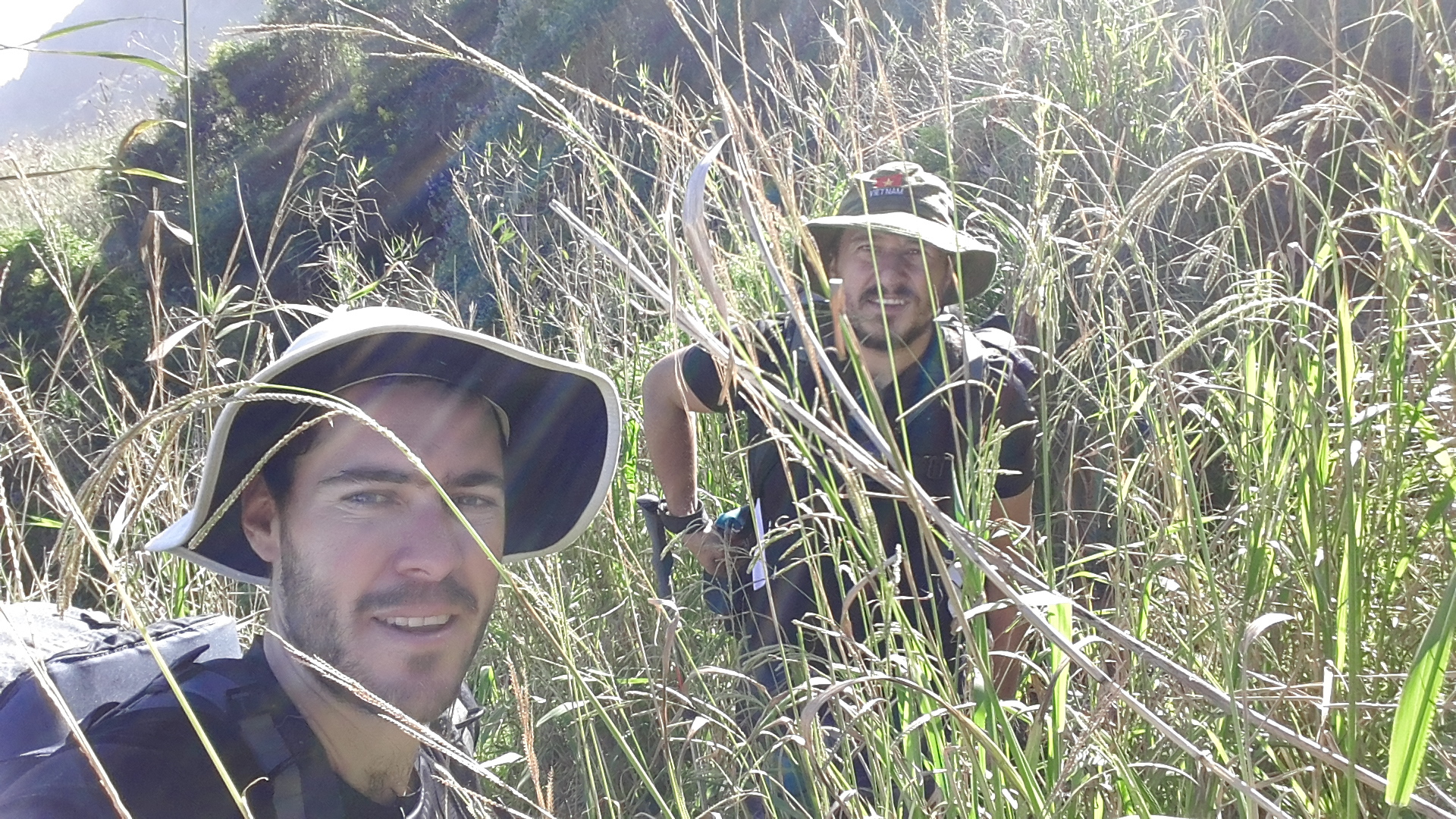 There’s a really small river crossing, where you basically just have to remove your shoes and socks to get across. It’s on a really beautiful sandy beach, so we spent some time on the sand having lunch. Again – biltong, nuts and tuna were the staple. 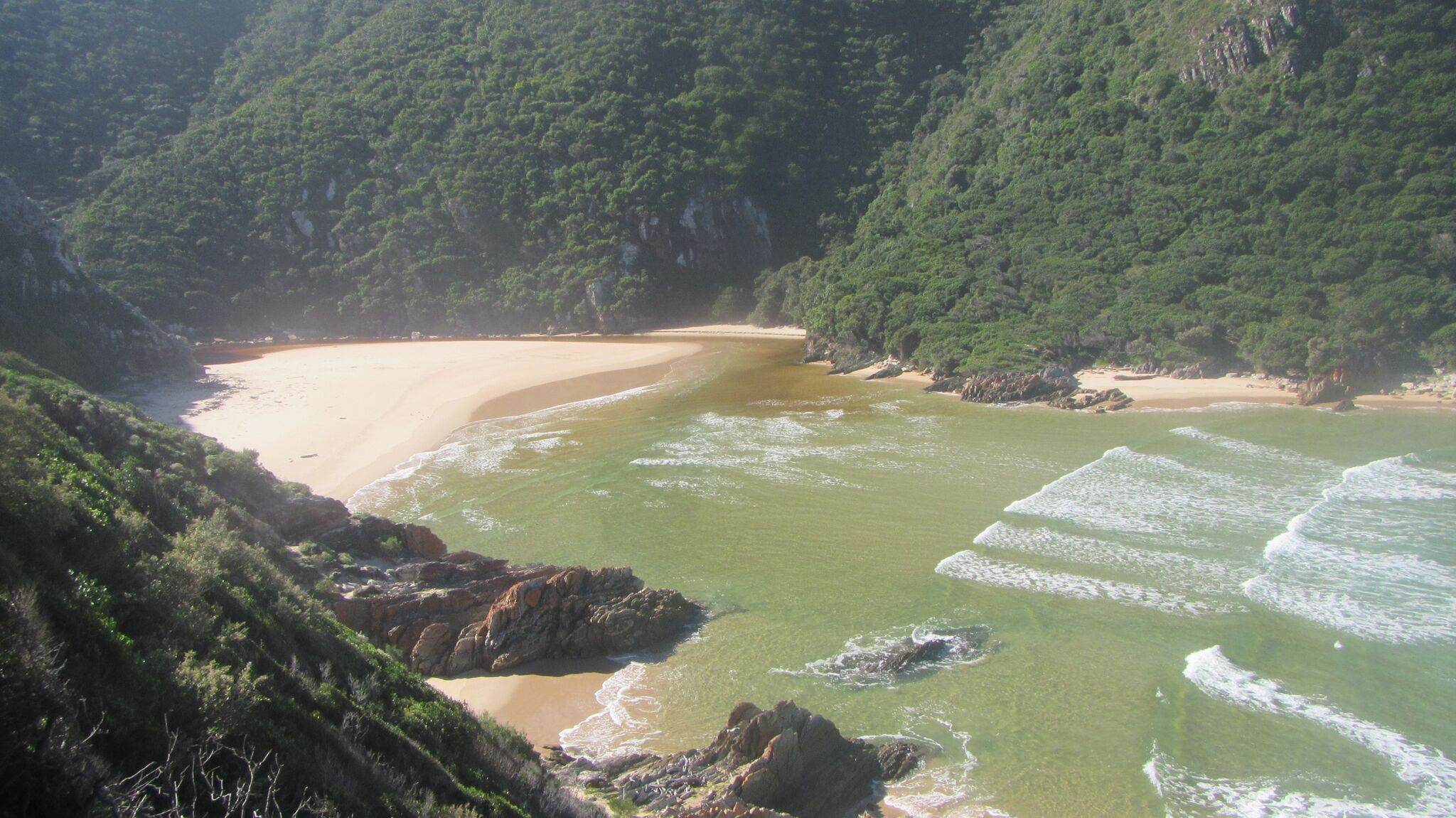 You spend most of day three standing on the trail just staring over the ocean and into the horizon. For me, it was undoubtedly the most beautiful day and the most fun. 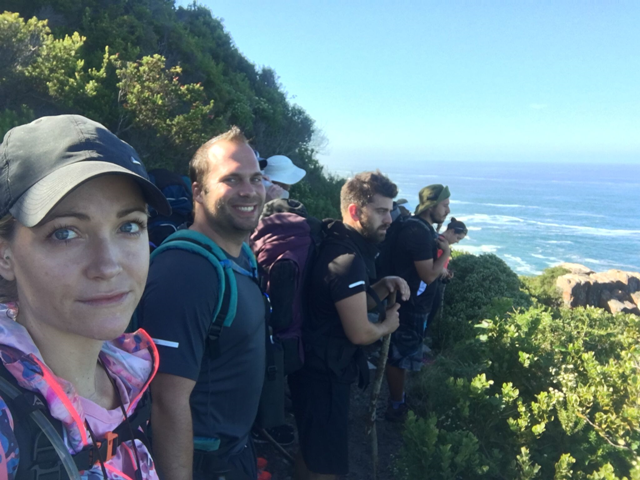 When it comes to dinners, day one and two you can have meat, as we did, but risking meat for three days in the back of a warm rucksack isn’t worth it, you don’t want to be eating dodgy meat and waking up sick. So this evening we had a delicious pasta – again – made by The Lotus Food Truck’s chef, Kyle. Not once did he even come close to disappointing us with flavour. He whipped out two massive chorizo sausages and added tomato, garlic, chilli, dried mushrooms and parmesan cheese. Every mouthful was an absolute explosion of flavour. For me, this was the meal of the week. 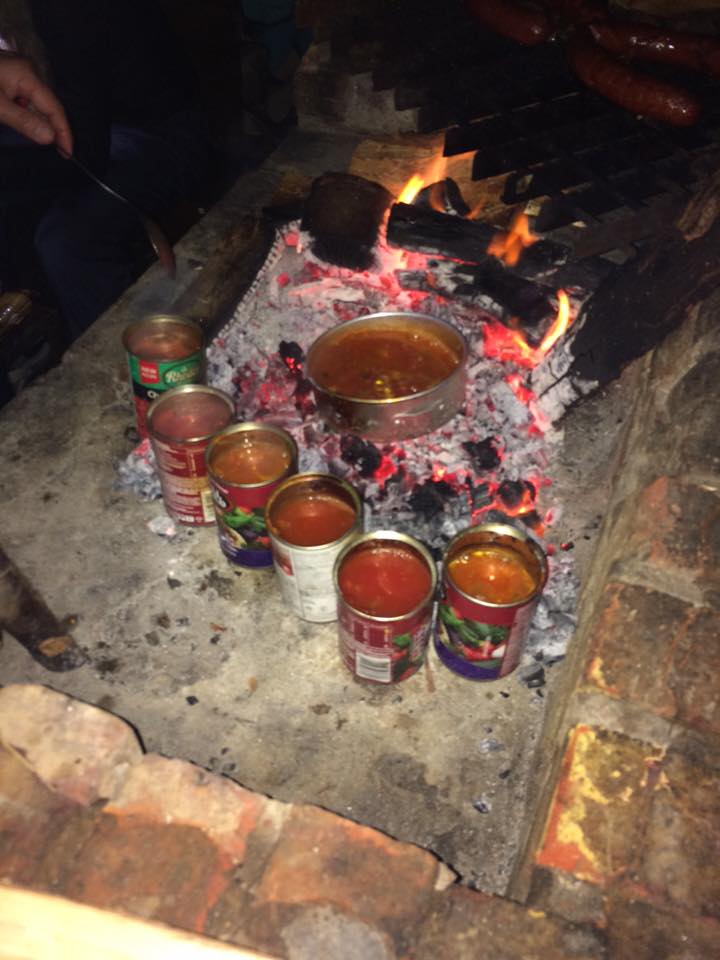 Day four was a long hike, that included the big river-crossing. We needed to get to it at low-tide, which meant a 4:30 am start. So no drinking took place this evening. We were all in bed early and alarms were set….