With one week of Super Rugby action behind us and about 17 in front of us – we’ve been toying with the question of who we think will win it all in 2017 based purely on player movements and fixtures. In this article we make a call.

Let’s face it, the same team winning year after year is boring AF. I don’t know about you, but I didn’t enjoy it when Michael Schumacher won race after race or when Novak Djokovic went 28 matches undefeated or even when Manchester United cleaned up. Sure these teams are all legends of their respective games and take nothing away from that – but it diminishes the spectator value.

The same can be said for the Crusaders who won Super Rugby hardware 7 times in 10 years.

My prediction is that this year we will have a new champion. Not a new new champion – these guys have won it before – but they haven’t done so since 2003.

To get us to this prediction – let’s consider the 3 main nations who could realistically vie for the top spot. No Jaguares or Sunwolves in this list.

Let’s first start with Australia. Australian rugby, much like South African rugby, has fallen well behind our European counterparts. Ireland, England and even Scotland all should beat the current Wallaby squad. Similarly, the Australian super rugby teams are not going to be ultra competitive this year. Sure, the Reds got Quade Cooper back and the Brumbies have something to build on – but I suspect that there is very little chance of an Aussie outfit making it beyond the playoffs.

That brings us to South Africa. While our Super Rugby teams – except for the Kings – could and should beat any of the Australian teams – that old foe New Zealand will still be our undoing. So far, based on what week 1 of Super Rugby has revealed, while the Stormers and Lions have the formula to topple the occasional Kiwi side – I certainly don’t see us singing “we are the champions” come August. The competition is long and it seems that the tempo required to beat the average Kiwi side is so high – that I don’t see any of our squads holding up over 17 weeks.

Then of course there is New Zealand and it is from this union that I expect the winner to emerge – in a hat trick year. The conference just oozes class with the Highlanders, Hurricanes, Crusaders, Blues or Chiefs all possessing the creds to go all the way. But which team specifically?

The team is in a rebuilding phase and they seem to be on the right track. They had a horror run between 2012 and 2015 where they played 64 games and lost 44 but in 2016 they would have made the playoffs – were it not for the conference system – after winning 8 games and losing 6.

Also, in Tana Umaga they have one of the best minds of the game looking after them strategically. Umaga was a classy centre in his day and sure, a good player doesn’t necessarily mean a good coach, but if he is half as good a coach as he was a player – the Blues have something special. 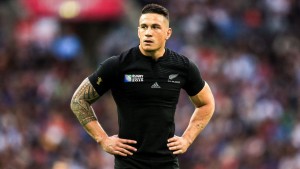 Lastly, and this is a big one, during the off season – the Blues lured Sonny Bill Williams to the union. SBW is the kind of guy that you can build a team around and is a very rare talent. While some people may argue that a player doesn’t make a team – I’d argue that that may be so – so long as you aren’t talking about SBW. He’s the AB De Villers of rugby in that not only does he create magic on his own, but just his presence serves as a motivator to those around him.

If he stays healthy – the Blues could go all the way – if he goes down, get back to me and I will revise my prediction.

What’s your thoughts? Am I talking smack? Are the Blues going down in flames and the Hurricanes the team to watch? Hit us with a comment below or a tweet @leftbacks and let the banter begin.