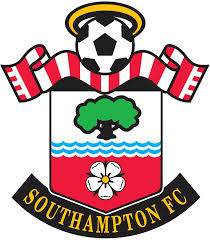 Put your hand up if you thought Southampton were on the relegation shortlist this season. My hand’s up. In fact, before the season kicked off, I went online and looked at the odds of them going down as I fancied putting money on it, but the odds weren’t worth it. 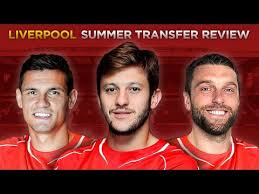 Who remembers the Saints spine last year? It consisted of Artur Boruc in goals, who kept 14 clean sheet in 28 league games. In central defence they had Dejan Lovren, in central midfield they had Adam Lallana who pulled all the strings and up top they had Ricky Lambert who scored 13 goals and racked up 11 assists. This was just their spine though – their team also consisted of Calum Chambers, Luke Shaw, Gaston Ramirez and was managed by Mauricio Pochettino.

Then the mass exodus happened: Poch left to Spurs, Lovren, Lambert and Lallana travelled north together to Liverpool whilst the others were transferred to the likes of Arsenal, Manchester United and Hull.

Southampton were in tatters, and I even remember this tweet being sent by the new manager, Ronald Koeman, during pre-season, and everyone finding it humorous that there were no players.

Koeman though, went and spent the money they received for their stars, and brought in players that many of us had to Wikipedia. Fraser Forster came from Celtic, Toby Alderweireld from Atletico Madrid, Ryan Bertrand from Chelsea, Dusan Tadic from Twente and Graziano Pelle from Feyenoord. 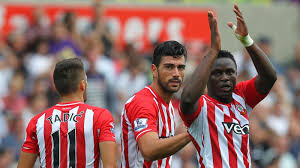 They started the season by losing to Liverpool and drawing to West Brom. We all thought they were destined to either get relegated or at least be in for a massive relegation battle. But then, to everyone’s surprise – they went on a fantastic run.  Wins at West Ham, Newcastle, Swansea and QPR were stopped by a 1-0 loss to Spurs. They then THUMPED Sunderland 8-0 and beat Stoke, Hull and Leicester followed by a draw to Villa. After 12 games this season, the Saints have 26 points and are sitting comfortably in second place on the league table. The defence has kept seven clean sheets (almost double the amount Chelsea has kept), Tadic has seven assists and Pelle has found the net six times already. The Saints seem unstoppable! 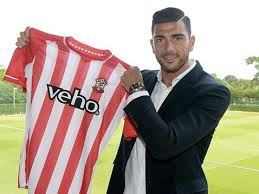 If you follow me on twitter (@thisbruknows), my bio will tell you that I always back the underdog. Who doesn’t love a great underdog story? That’s exactly what Southampton are this season – but I’m afraid to say that the fairy-tale is about to come to a grinding halt. The bubble is about to burst and train will come off the tracks…starting as soon as this weekend.  I think they’ve been sitting on cloud nine and I firmly believe it’s because they’ve actually had an easy start to the season with their fixtures. They’ve played QPR, Hull, Leicester, Newcastle, Sunderland, Stoke and Villa, who, with respect – aren’t huge teams. Don’t think for a second that they’ll still be flying high in the middle of January. 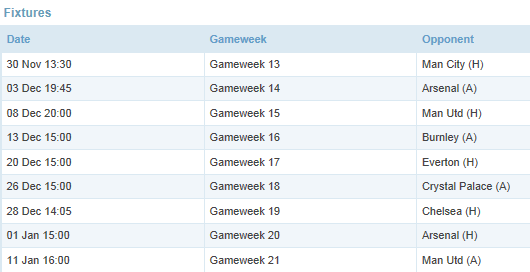 As you can see above, the Saints next nine fixtures include playing Arsenal and Manchester United twice as well as Manchester City, Everton and Chelsea.

Southampton’s season starts this weekend. If they can get four points in their next three fixtures, I will happily consider them contenders for a European spot, but I could just as easily see them only getting 10 to 12 points in the next nine fixtures.

Can they finish in a European spot? Yes and No. I can’t see them finishing in one of the champions league positions, I just think Chelsea, City, United and Arsenal have far superior squads. But if crucial players like Pelle, Clyne and Tadic can stay fit, I think a Europa spot is a possibility. I suppose it all depends on whether or not the likes of Liverpool, Spurs and Everton play to their potential. If they do, I think they’ll take places five, six and seven and push Southampton closer to mid-table.

Time will tell though – I would love nothing more than to see the Saints upset the apple cart and get a Champions League spot. Growing up, the neutral teams that my mates and I loved to see do well were always Southampton and Leeds. They were the underdogs, and then they both fell down the leagues. The rise of the Saints has been amazing – but I think this is as far as it goes.