We’re three glorious weeks into Super15 and we’ve been thinking: based on current form – how ready would the Springboks be to stake a claim on the World Cup trophy? 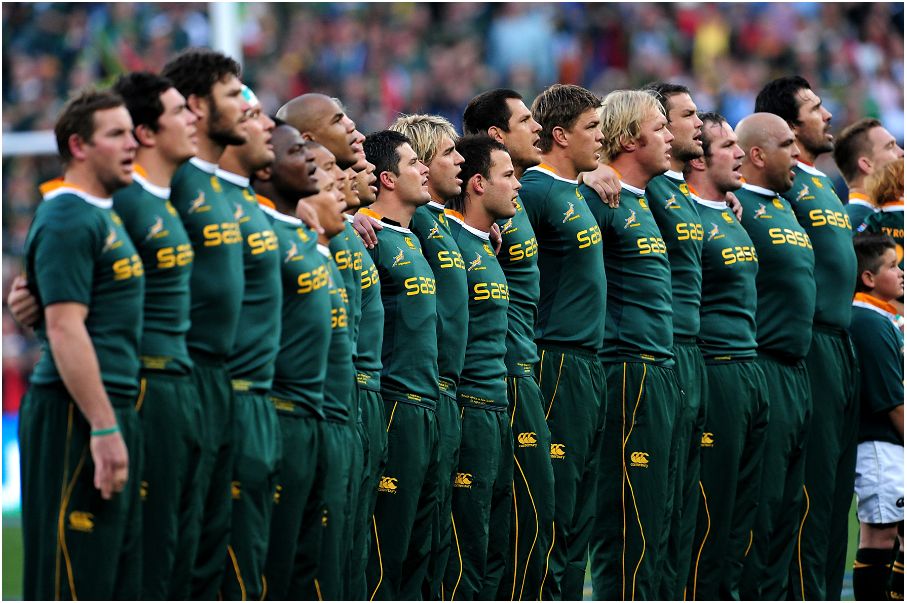 To answer that question, we need to answer two more questions: Firstly, how are mainstay Bok performers looking so far? And secondly, are there any fringe players putting their hands up for a late selection?

We’ve had a go at some answers…

While it is still early days, as it stands, few Springbok players are looking really sharp. For example, players like Jannie and Bismarck Du Plessis, both vital Springboks, currently rank fourth for most penalties given away while players like Matfield and Vermeulen are in the top ten for most missed tackles. Very unusual on both counts. Pollard was poor against the Stormers but better against the Sharks while Cornal Hendricks couldn’t even get a place in the run on 15 at the Cheetahs. As I said it’s still early days, and as the competition wears on our guys will start looking sharper.

Then we have a player like Marcell Coetzee who is looking pretty World Cup ready. While he burns through tackles and has developed a knack for getting himself onto the score sheet, he does tend to tuck the ball under his wing instead of looking to link up. Definitely an area he needs to work on. Another Shark, Pieter Steph-Du Toit is also looking good in the lineouts, with ball in hand and on D. Lastly, we have Damian De Allende who has been man of the match in two of the three Stormers games so far this season.

In my opinion, some of the most World Cup ready players are either non Springboks or Springbok tourists.

Look at a guy like Lappies Labuschagne – he currently sits atop the leader board for most tackles made (52) and while there is a long list of loose forwards who can play for the Boks – Lappies has a way of getting around the park, kind of energy could be useful come World Cup time. Then what about Joe Pietersen? Since returning from France Pietersen has been pretty near perfect for the Cheetahs from the tee, tactically and with ball in hand. There’s also Michael Rhodes who has worked very hard on his game. Rhodes always features in the tackles column and has also brought a real hard edge to his game. Dillyn Leyds has also impressed with his feet and his finishing abilities. I also rate Renaldo Bothma from the Sharks and Nic Groom and Vincent Koch from the Stormers.

So if I had to pick a Bok starting line up right now, irrespective of reputation and on form alone, my starting Bok team would look something like this:

As I said – this is not the team I think we should take to #RWC2015 – it’s simply a list of the 15 best players in each respective position based on form right now.

So then are we ready to take on the world in England? I think the short answer is no – not just yet. Many of the players listed above need more time.

That said, what we do have going for us is that few Kiwi/Wallaby guys are looking too hot right now. I’d be comfortable that we could beat them. Of course, the Northern Hemisphere are nearing the end of their season and a team like Ireland are peaking at the right time, so I’d imagine that they’d almost certainly knock all three Southern hemisphere teams out in a heartbeat.

What are your thoughts on the players we’ve mentioned? Are there any you strongly disagree with? As always, here at Leftbacks HQ we love a bit of banter so hit us with a comment or tweet us @leftbacks!