Next up, on in our preview series of Super Rugby 2017 teams, is the Bulls. In this post we’ll look at player movements, coaching staff, and fixtures before ending on a prediction for the season.

While they managed to end with some favourable statistics – they were aided by taking the ‘easier’ route through the Aussie conference – totally avoiding all kiwi teams. A couple of results that will haunt Bulls fans from the 2016 season would be the 33 – 9 loss to the Stormers in game 1 and then there was the 56 – 20 walloping they received at the hands of the Lions.

The Bulls are a proud side and with the return of some key players – expect them to come out stronger in 2017.

The Bulls kick their 2017 season off in the exact same was as their 2016 season – against the Stormers. While this time the game will be played in the Mother City, the Bulls will spend the first 3 weeks of the comp in the republic before taking on the Blues, Chiefs and Wolves on tour. They then have a bye and this is followed by another tough couple of games against the Highlanders, Hurricanes and Crusaders – but at least this will be at home. 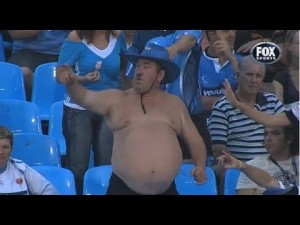 One can only hope that the Bulls marketing team has a plan to once again fill the “Oos paviljoen” with horned ones or Loftus might once again lose it’s fortress tag. It’s a tough fixture lists and they are going to need all the help they can get.

The Bulls player exodus has been real ahead of the 2017 season. Their front row stock has been depleted in that they have bid farewell to Greyling, Van der Merwe, Maku, Visagie and Kruger – with Van Der Merwe being a particularly tough one. On the plus side, their yellow card count should go down drastically now that Greyling no longer plays. They have also lost Lappies Labuschagne, Deon Stegmann and Bjorn Basson – two of which are Springboks.

In terms of new Bulls – they have imported Jacobie Adriaanse, Jonny Kotze and Edgar Marutlulle – all of which are competent players and should help alleviate the pressure. Obviously the headline signing is Lood De Jager from the Cheetahs. Lood hasn’t been good for a while so hopefully he finds form this year.

Movements aside, the Bulls squad is a really good one. They are laden with Boks and in Jannes Kirsten and RG Snyman they have two young stars with bright futures. The Bulls will also welcome back captain Handre Pollard with glee and hope that he can stay healthy for the season.

No real movements in terms of management but either way, the Bulls coaching side is strong and settled.

The tussle between the Bulls and their old foe, the Stormers will be interesting to watch and it really could go either way. But that is probably the only way either of these two teams are making the playoffs – their fixtures are too tough so there can be only one – and I’m backing the Stormers.