In this post we’ll preview the Sharks’ 2017 Super Rugby season by taking stock of their fixtures, player movements and coaching teams before making a call on where they will end up come August 2017.

The Sharks 2016 season was a mixed bag. They claimed some big name scalps like eventual winners the Canes and 2015 finalists the Highlanders while they also humped the hapless Sunwolves 53 – 0. They also ran the Chiefs and Crusaders close and eventually they made the playoffs. Sharks fans would have probably already “forgotten” what happened in that game however; they got humiliated 41 – 0.

Considering they played in a tough conference – overall, not a bad performance and certainly something to build on into 2017.

Like the Stormers in 2016, the 2017 Sharks dodge the New Zealand conference and find themselves mixing it up with the Australians – a far weaker conference.

Furthermore, they have a dream start. They kick things off against the Reds (away) before returning for the Waratahs, Kings at home before playing the Cheetahs away. They should fancy their chances in all 4 of those games and with a good start being as important as it is, expect them to get off to a good start.

They have a bye in week 8 before eventually travelling and taking on the Jaguares in mid April. and Sunwolves in mid May. In the words of Chandler Bing, “could their fixtures be any easier?” I doubt it. 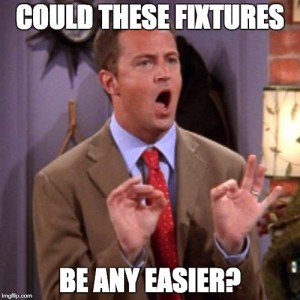 The Sharks parted ways with some experienced players in 2016. Most notably Jp Pietersen, Willie Le Roux and Joe Pietersen. They also said bon voyage to GHD Potgieter (Bulls) and Kyle Cooper (Leicester). Possibly the biggest loss of the season however is Paul Jordaan who is off to France.

In terms of new signings – nothing really noteworthy except for Kobus Van Wyk from the Stormers and Lukhanyo Am from the Kings. The latter is a really great signing – Am has a bright future and it’ll be great to see what he can do at a well established union. Other signings are largely young guns which offer plenty of unknown.

Otherwise, their squad looks strong. Guys like the Du Preez twins, Curwin Bosch and Thomas Du Toit are sure to go from strength to strength while in Pat Lambie they have a world class player and a solid leader.

Two main shake ups in terms of coaching and leadership at the Sharks. The first is that Rob Du Preez has been promoted from the Currie Cup coaching role to that of Super Rugby. It will be interesting to see what he can bring to the role – I rate him as a coach – his future should be bright.

The second change is the installation of Gary Teichmann as CEO. Smitty and the union have parted ways and while Teichmann is also an ex player – based on the fact that he has been involved in the business of rugby for a while – this should work out well for Rob and the players on the field.

The one thing that has become clear through doing research for this post is that it really is the Sharks conference to lose. It is a long competition and key injuries might have an impact but expect them to be hoisting the SA conference trophy later this year.

In terms of total conference however? The Sharks best best is to try and win the overall conference and secure safe passage to the semi and given their fixtures – this is totally do-able. That said, even at home, expect them to face a Kiwi side in the playoffs – and with a young side – this is always only going to end one way.

What’s your thoughts? Like the Sharks? Want to see them crash and burn? Good! Hit us with a comment below or a tweet @leftbacks and lets have it out.