So the knock-out stages haven’t even begun in this years Champions Trophy, and the Proteas are already booking rounds of golf or buying tickets for the London Eye, while the top sides (and Bangladesh) are preparing to try and lift the trophy. I’d love to say I’m shocked – but like many of you, I’m not.

We wrote a piece before the tournament started saying we just weren’t confident about our chances. We were even naive enough to assume we’d make the semi finals and probably lose to England – but alas, the unpredictable Pakistani’s qualified ahead of us. So where to from here? 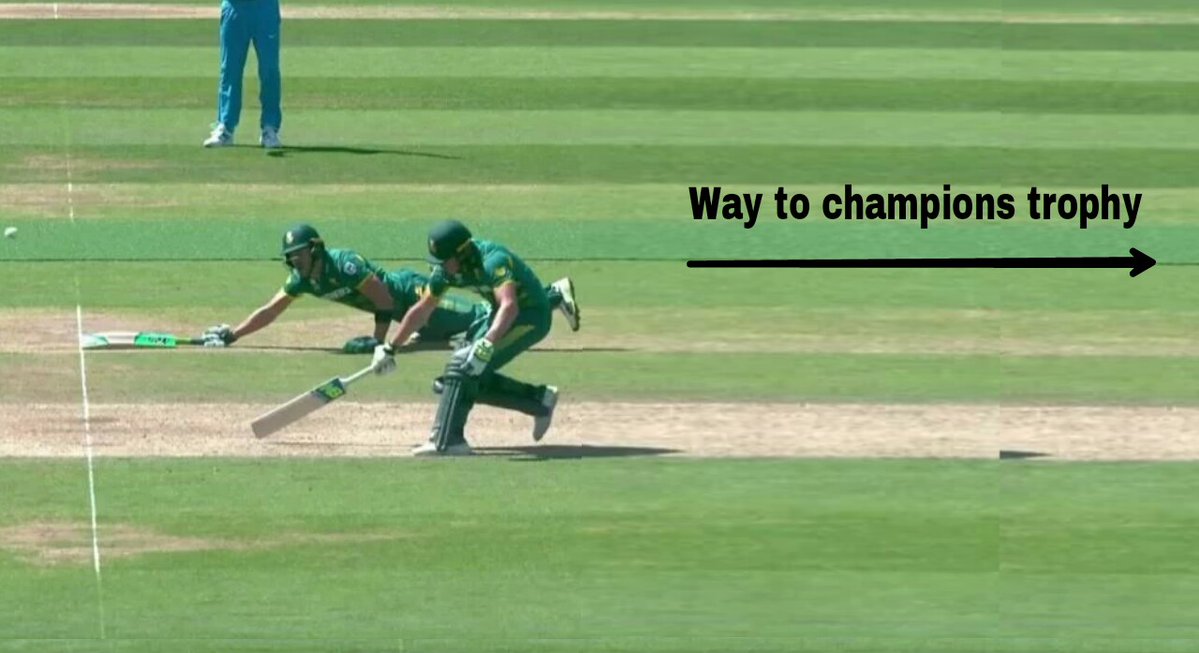 Whilst coaches and captains can’t be blamed for daft run-outs like this, it seems that stupid decisions always seem to happen to us in ICC tournaments and a complete change needs to happen – starting at the top.  Someone needs to hand Russell Domingo his UIF form and he needs to start claiming unemployment from the government. Yes, he’s got us to number one in the ODI rankings, he’s got us the Test mace, but unfortunately sides get rated on trophies and he’s got us none. Solution? Beg Gary Kirsten to come back as head coach, but this time we need to allow him to take full control of the team and not dictate to him him who plays and who doesn’t. While they begging, they may as well try get Allan Donald back as the bowling coach.

Once that’s sorted, someone needs to sit AB de Villiers down and tell him that he’s not the man to lead us any more. I feel like it’s primary school all over again, and the best player is automatically made captain. AB really is one of the best players we’ve been lucky enough to watch, but ever since he signed a big money deal in the IPL and the Indian fans started cheering “ABD ABD ABD” every time he walked out to bat or the ball was in his vicinity, his head has got too big and he thinks he’s too good for the Proteas.

Every football fan laughs at Arsenal. We laugh how Arsene Wenger finishes fourth and gets knocked out in the last 32 of the champions league season after season, but doesn’t get fired, because somehow he decides when he’ll leave and the board just tolerate it, when he probably should have been fired years ago. This is how I see AB de Villiers. He is the poorest captain the Proteas have EVER had, his form is mediocre, yet the mere thought of him being dropped or the captaincy been taken away from him is frowned upon.

In our match against Pakistan, the weather forecast said rain was likely. Everyone watching the build-up thought the captain winning the toss should bowl first because Duckworth/Lewis could come into play. AB won the toss and batted first! When the rain was minutes away, in the 20th over, Pakistan were six runs ahead of D/L and a wicket was absolutely critical for us to get ahead. Any captain should realise the time is now to get Rabada and a unplayable Morkel into the attack. AB de Villiers bowled Wayne Parnell. HE BOWLED WAYNE PARNELL !!! I will never forgive him for that. If he is being told who to select and who to bowl by the selectors – then he needs to come out and say it.

We wrote an open letter to AB de Villiers in January and our thoughts have not changed. He should not be allowed to dictate when he plays. In this Champions Trophy, he scored 4, 0 and 16 to finish the tournament with an average of 6.6.

Tell me again how our weakest captain and out of form batsman is telling selectors when he plays?

Apart from Domingo and De Villiers stepping down – I’m desperate to see Faf take control in all three formats. He’s a brilliant captain, reads the game well and takes the ballsy decision when it’s needed. JP Duminy needs to call time on his career too. He’s a great guy and exceptionally humble, which makes it hard to be negative towards him. But stats don’t lie.  Lastly, we need to somehow find a world class all-rounder. We need a Ben Stokes or Yuvraj Singh. We need our next Kallis and get Parnell out.

We now try forget about this tournament and move onto the T20’s and Tests against England.

Enjoy the next two years of Proteas cricket – I’m sure we’ll probably be number one going into the next tournament.

We live in groundhog day.