The Lions have carved out a winning recipe, have fought their way right to the top and are set to compete in their second Super Rugby final in two years. If you take a closer look at this recipe however, you find that the principles that Johan Ackermann has instilled is not entirely different to that which you find in the business world.

What Ackers has done with the Lions is nothing short of brilliant.

He has created a thriving team culture and a solid game plan that leads to tries and victories and success. He is a rugby visionary that inspires confidence.

I’ve said it before and I will say it again; players at Super Rugby level do not need coaches who teach them how to run with a ball in two hands, or tackle with their head on the right side or how to pass both ways. Players at this level need a master tactician who can advise on how we are going to play this week to beat our opposition and win the prize.

While I won’t pretend to be an expert on the laws of business and what makes a company successful, I can’t help but draw parallels between what Ackers has achieved with this Lions team and what, I believe, it requires to take a company to the top. 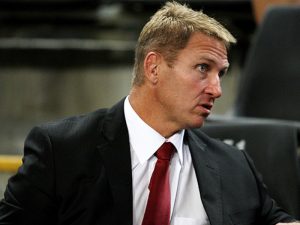 I feel there is heaps that CEOs can learn from taking stock of what has happened at the Lions over the last 3 years.

Let’s look at some examples.

One of the hallmarks of the Lion’s game is a clear long term vision. The 2013 relegation was clearly a watershed moment for the union and their fortune has only improved since. In 2014 they won 7 games, 9 in 2015, 11 in 2016 and 15 in 2017. This upward trend has come about by accident, it came about as a result of the coaches and other stakeholders getting around the table and implementing a vision for what they want to achieve and a plan for getting there – and that’s what they have done.

People say it all the time and it’s true – the Lions play Kiwi rugby. They are flat, fit and skilful and most of the time – they run teams off their feet via relentless ways of effective attack that few teams are able to stop. At the same time, their defence is top drawer (mostly).

The second thing that jumps out at me is player management and retention. When Ackermann took the reigns in 2012 – he did not inherit a player pool of sporting celebrities that had just come back from Springbok camp. The union had a roster of young, talented players that were hungry to play and play is what they did. I am confident that Ackermann probably wished that he had one or two more Springboks to choose from and while it may have helped – he didn’t wait around for it. Also, I can’t remember the last time a player has left the Lions – can you? They have this amazing ability to hang on to talent – something that is critical in a business context too.

The last thing is culture. Silicon Valley tycoons will all echo the sentiment that culture is critical to any thriving organisation and this is another thing that the Lions appear to have gotten right. From the way they run out to their on field behaviour to how they conduct interviews post match – they are humble and galvanised as a team. While the players are the ones who have to bond – the culture comes from the top and it’ll be interesting to see how this culture performs under Swys.

There you have it folks – 3 things that CEOs can learn from watching the Lions play rugby. Anything else you can think of? Hit us with a comment below or a tweet @leftbacks and go LIONS!