We all know the game “Would you rather…”. Someone presents you with two equally difficult scenarios and you have to choose one. Like, would you rather have hiccups for the rest of your life or feel like you need to sneeze and not to be able to for all eternity?

I feel like South Africa’s prospects against the remaining three teams in the final stages of the Cricket World Cup are a painfully difficult round of “Would you rather…”. West Indies and Pakistan lived up to their reputation of being completely unreliable. The Pakistan performance made me raise my eyebrows on more than one occasion, but that’s a separate thought. 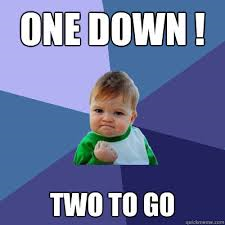 The quarter finals are now complete and our boys are joined in the final four by New Zealand, Australia and India. We’ll play the Kiwis while the latter two sides will face each other.

If we had to win the semi final – and that’s a MASSIVE if – would you rather face India or Australia in the final? I am in no way, looking past the New Zealand match, as I think that of the remaining sides, they have the strongest squad and are currently the most in-form team.  But let’s just say Hash, Quinny, AB and the boys post 380 and we make our way into the final – what then? 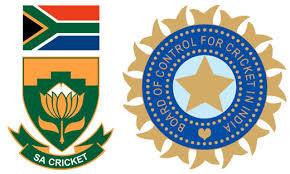 India have beaten us convincingly this tournament already, but they don’t really have the bowling attack to scare us. I would feel really confident if we could keep their batsmen relatively quiet, as they are heavily reliant on them to win matches. Even though the World Cup has so far favoured the side batting first (and we are generally not great at chasing) I think that if we needed to chase down 260 – 270 in the final, we’d be able to do it against the Indian attack. 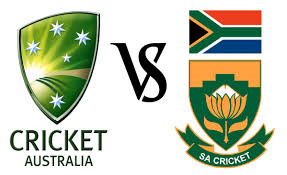 Australia on the other hand, usually have us beaten before a ball is bowled. For some reason, we just can’t get past them in a knock-out stage of a tournament. Whether it’s Gibbs throwing a ball away instead of catching it, or Donald watching the ball instead of running, somehow those Aussies have our number. But having watched them closely this World Cup, I can’t say that they have me convinced. They seem to have lost that fear factor; that killer instinct that the 90’s Aussie side had. Similar to Manchester United, most sides now believe that they can beat them.

So what’s the final verdict – do we want the weaker of the two sides (Australia) or the team who don’t have us beaten before the toss (India). Personally, give me India any day. My heart couldn’t get through another World Cup match versus Australia. But let’s not get ahead of ourselves – we’re only at stage two out of three. First we need to see off the Black Caps.