Today is Thanksgiving , which means Americans eat more than normal (if that’s possible) and get larger than they already are (if that’s possible). We don’t really celebrate it here in SA. It’s a bit like Halloween – a handful of people use it as an excuse to have a drink and be merry.

If we did celebrate it and we were all seated around the LeftBacks dinner table this evening, here’s what we’d be thankful for: 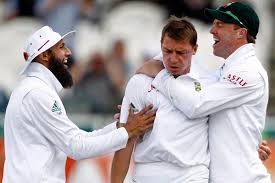 The Proteas are number one in the world in the Test rankings, have just been knocked off number one in ODIs and are fourth in T20s. Yes, cricket is a team sport that requires 11 players pulling together to obtain victory, but let’s get real: without Dale Steyn, Hashim Amla and AB De Villiers, the Proteas would not be where they are in the rankings.

Steyn consistently rips batting line-ups apart in all forms of the game, Amla is Mr Dependable – always good for a half century and century…or a triple century and AB is just a freak. What that man can’t do, is not worth doing. He’s able to play the shots that no-one else can and can stay in for days if needed. He took over the gloves from Boucher, to show that he can do that too, and recently, just to wind us all up, he’s started bowling in the ODIs. 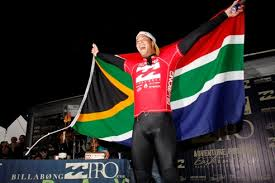 Surfing isn’t a huge sport, or followed by millions. But ask people around the world to name a top surfer and though most would say Kelly Slater, many would say Jordy Smith. Kelly dominated the world of surfing for what felt like decades, until the young South African came onto the scene. Since then, Jordy has been the man to watch in surfing. He’s got multiple sponsorship deals from the likes of Red Bull and is taking surfing to the next level. Go and watch some YouTube clips of the moves he does – the man has balls of steel, all the while being proudly South African and carrying his SA flag around the world with him. We give thanks for Jordy Smith. 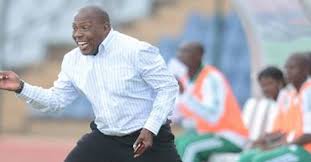 Better known to us as Shakes, Mashaba took over the reigns of the Bafana side in 1992. He didn’t see the year out but was in charge again in 2001, this time lasting a year in charge. Trott Moloto took over in 2002 and was quickly followed by Mashaba’s third stint in the hot seat, which lasted until 2004.  Bafana tried a few Brazilians and then a few local coaches, but like a couple who can’t break up and stay broken up, Mashaba returned in July this year, for his fourth attempt at leading our national side.

Having played six, won three, drawn three and lost none in the AFCON qualifiers, Bafana Bafana, led by this man, are heading to the African Cup of Nations for the first time since 2008. It’s clear that Shakes sees and thinks things that other Bafana managers don’t. His success is testament to this.  Let’s hope Shakes continues his fine run of form during AFCON. 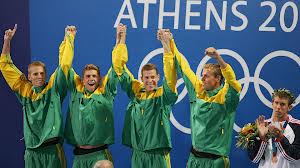 For a nation of our size, South Africans are unrivaled in the pool. We’ve won countless medals, broken numerous records and we look good doing it too.

Since 1996, South Africa has won 11 Olympic medals across a range of disciplines: breast stroke (not that kind), freestyle, backstroke and butterfly. Some of our top memories include  our boys scooping up a gold for the 4 x 100 freestyle relay in Athens in 2004, Chad sneaking past an expectant Phelps in the 2012 Olympics, and Penny cruising into America and grabbing herself not one, but two Gold medals.

As a nation we’ve had all of Penny Heyns, Roland Schoeman, Marianne Kriel, Chad Le Clos and Cameron Van Der Burgh etch their names in the annals of swimming history and for that reason we feel like celebrating whenever we see a pool.

The Boks – DAMN Are We Thankful For The Boks 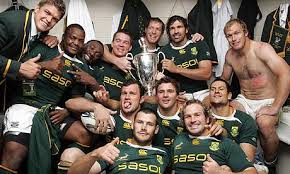 We live in a country where, very often, we’re left disappointed. Ernie has been known to choke on numerous occasions going down the final stretch and the Proteas…. well…. you know! But one team above all others, never seem to let us down.

From 1995, when that beautiful right boot of Joel Stransky’s connected so sweetly with that Gilbert rugby ball to win us our first world cup trophy, to the moment Nelson Mandela handed that trophy to Francois “Lays” Pienaar, we’ve never really been let down by the Boks.

We’ve also been treated to some amazingly dedicated players along the way: from Corne Krige and his constantly bloodied face, to James Small’s defense on Jonah Lomu, to Bryan Habana and his jet shoes and John Smit and his tendency to leave it all out on the field – week in and week out.

These boys don’t choke, they do the business – and for that, we are eternally thankful. 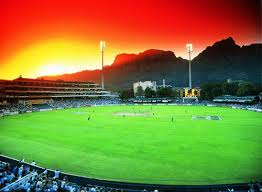 OK, it’s not a person – but which South African is not extremely thankful that Newlands calls SA, home?

THAT FIELD! THAT BACKDROP! It is the most beautiful ground in the world.

Many could argue that the likes of Queenstown in New Zealand or the Pallekele Stadium in Sri Lanka or even the West Indies (we’re sure Australia would have an opinion too) are more scenic. We call that nonsense.

There can be no better view, or feeling, than sitting on the Oaks grass embankment, the view of the mountain, the smell from the brewery and a great game of cricket. Long Live Newlands.

Lastly, we’re grateful to be a part of a nation of champions. For all the things that SA lacks, we want for nothing in competitive sport.

And we’re all a part of that.

Think about it. As a nation we’ve won the AFCON championships, rugby world cups, Olympic medals, the Test cricket mace, surfing world championships, golfing green jackets, a Formula 1 championship, and one of our boys has even become a Chess Grandmaster. How cool is that? 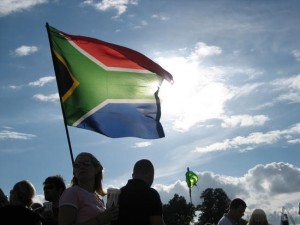 What do you love most about South African sport? Give thanks in a comment or tweet and let us know!