The Might #. If it wasn’t for a certain bloke called AB, Hashim Amla would be every Proteas fan’s batting hero! Consistent, elegant and textbook technique. But what’s happening lately? Is it time for us to look beyond our bearded warrior? 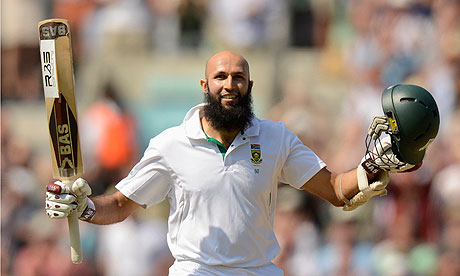 The above picture is one we’ve seen so many times before, it’s almost boring. Hashim Amla has passed 50 on 28 occasions and gone on to reach three figures 23 times. 6813 Test runs at an average of 52, including the first and only triple century by a South African when he scored 311 not out, versus England.

So why then, does the thought of dropping him enter my mind? For the past few months, Amla has struggled to find form and it made me ask the question: Do we stick with the old saying “form is temporary, class is forever” and wait for him to find the middle of the bat again, or do we take the outrageous decision of dropping him and looking to the future for a No.4? There is, of course the option of sending him back to Cape Town and let him score a bucket load of runs before bringing him back into the Test side.

I sent the absurd question of “what’s everyone’s thoughts on potentially dropping Hash?” to my cricket Whatsapp group. I’ll admit, I expected a few four letter word replies telling me how crazy I am. One response said “drop Amla and when the Protea’s continue not to score runs and get beaten by the Poms, we’ll all moan that Hash isn’t there”. Another reply suggested that he should be left to focus on his batting and just hand the Test captaincy to AB, whose already proved he can multitask. That got me thinking, so I looked for a few stats.

He actually averages more as captain than not, but like I said above, the West Indies series helped these stats. 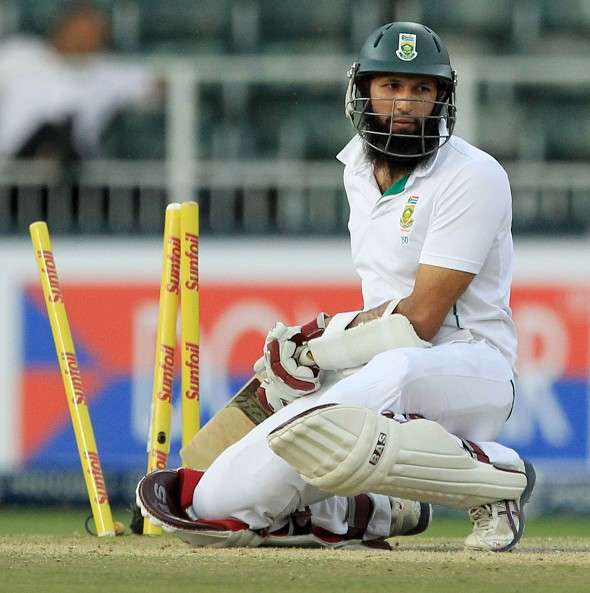 If my maths is correct, in his last 11 innings in all three forms of the game, he has scored 215 runs. That’s an average of 19.5, absolutely unheard of from our legend batsman. Maybe his poor run of form is just down to the fact that there’s no other “Mr consistency” that used to be there in the form of Jacques Kallis and Graeme Smith? Having those three and AB in the team almost guaranteed a hundred and a fifty in most matches, now we have Van Zyl and Elgar, who are good players, but not world class, in turn – putting more pressure on Hash, Faf and AB.

It’s no secret that Hash never really wanted the captaincy, so I think giving it to AB wouldn’t be the worst idea in the world. Do we drop him? I really hope not. I, personally, am a huge fan so I hope he scores runs quickly and this blip in form is a thing of the past. Final thought – if he does get dropped, can you name another player that can average over 50 in Tests and ODI’s to replace him?