If you haven’t heard about the incident between Quinny de Kock and David Warner – then you’ve been under a rock. So, ahead of the 2nd test – we spoke to Quinny not De Kock on Twitter and asked for his side of the story…

For those of you needing a quick catch up, David warner and Quinny de Kock had a verbal altercation on the field that spilled over off the field when the players were heading into the tea break.

So instead of all the hearsay – we thought we’d ask @NotDeKock to fill in the blanks on what might have gone down in Durban.

Heres his take on what happened:

Quinton not De Kock: So there I was, about to walk out to bat knowing full well that not only were we about to get our arses handed to us by the most obnoxious bunch in world cricket, but also knowing that I wasn’t exactly in the form of my life. And the prospect of, once again, kicking one with my pads in front of the wickets to a 43 year, single dad that bowls below average offies, was literally all I needed on this fine Sunday.

I walked out to a rapturous applause from around 75 people at Kingsmead, which I immediately thought, “ideal, literally no one here to sarcastically applaud my innings when I stroll back in about 7 minutes time”. What must run through Duminy’s mind every time he bats, eh?

Anyway, I take guard, and before the umpire could tell me that there were three balls remaining in the over and I really should try not miss a straight one,I hear some Aussie say “ah mate, your surname sounds like a penis”.

I’ve never heard that one before.

Starc charges in, my knees weak, he fizzes one past my nose. I’m not gonna lie, I wouldn’t have hit it with a tennis racket. All I saw from the time it left his hand, was the white of the sight screen and the bird tanning to the left of it.

What followed however, was a barrage of words in that horrendous accent and it could not be more deafening. “Mate” this, “mate” that, from every angle. Leaning on my bat, fixing my gloves because it makes me look like I know exactly what I was doing, I looked up to the heavens, and thought to myself, fuuuuuuuck, I forgot to put my phone on charge before I came out to bat. How am I going to Tweet a motivational quote in seven minutes time?.

Next ball beats the outside of my bat and again, “mate you’re so shit”  and “You’re wasting oue time” – they had a point there.

It was at this moment, where it all changed. The over was up and out of nowhere, literally, because I turned around and couldn’t see who said it, until I spotted him standing behind one of the stumps, his head hardly above the bails –  David Warner says “Mate, you may as well shove your surname up your dog’s arse”. I saw red!

My blood now hotter than Neil McKenzie’s wife, and with my mouth drier than Cape Town, I turned to the guy I was batting with, still don’t know his name, and I just said to him that no one slags my pooch off. He just got personal! I eye balled him for the next 12.3 overs. My neck straining from constantly looking down to find the chop, but I made a point that I was going to blast my bat through his mouth if he mentioned my pooch (Diego) again.

At this point, the umpire calls tea. I start walking off, and, like an abandoned cat, Warner walks past me and says “Mate your sister likes…..” and before he could finish his sentence I look him in the eye (cc cricinfo) and I suggest politely that he f***s off before I take his prized possession into the men’s bathroom and give it to her proper. Of course when I said prized possession, the idiot thought I was referring to Steve Smith. A chuckle ensued, and before his tiny legs clambered up the first step towards the change room I reminded him that it was his missus I was referring too. And that the last time I met Sonny Bill and got a picture with him, I distinctly remember him telling me about a blonde Aussies bird he “met” in a bathroom cubicle. 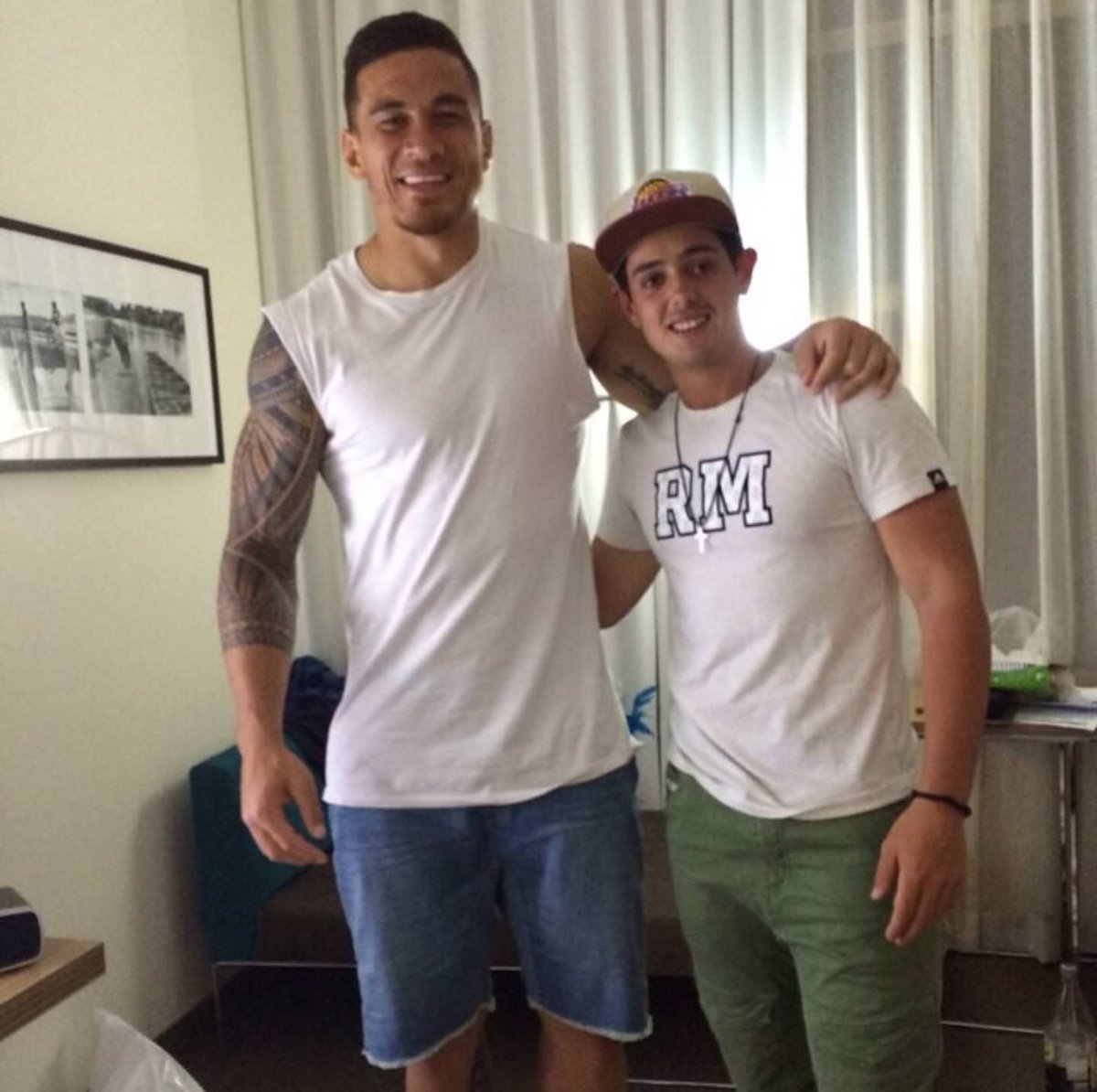 Clearly I hit a nerve, and he responded with aggression and muttered something about his arse is always clean or some bollocks. I can’t really understand him at the best of times. Neither can I understand his mates, but I do remember looking around and half the Aussie side were laughing with me. I’m not sure he’s well liked amongst his team “mates.”

We walked out after tea and I didn’t hear another word, either he just realised that the truth hurts or perhaps he was contemplating being rushed to the burn unit after I burnt him with my words. Who knows.

Batting that afternoon however was bliss, shame we didn’t win the game, but that’s Test cricket. We are, however, going to destroy these Aussies in PE.

Be there, South Africa. PLEASE! Wear the SBW masks, make the banners, sing the songs! We need you.

P.s. Ladies, how good did Faf look in his towel? The lads have said he went from fully clothed to naked in a towel in under five seconds. And yes… he knew their were camera’s there.

P.P.S. If you haven’t picked this up already, @NotDeKock is a parody account and none of the above (probably) happened. 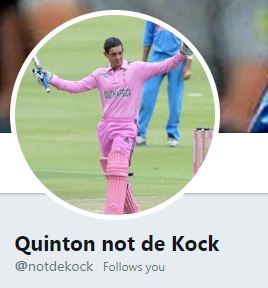