In an ideal world, the juiciest encounters on the sporting calendar would take place over the festive season when we’re all available to enjoy them but alas, that’s not the case.

December is a relatively sport free zone and while the Windies test series will soon be along to  provide us with some entertainment, if we want more sport we are going to have to create it ourselves.

So in the interest of competitive sports recreation, here are our top five holiday sports.

5.    Water Polo
While water polo might just be one of the most tiring sports on the planet, playing against equally unfit friends in your backyard pool can be a jol on a cracking summer’s day. Water Polo’s lesser known namesake – Marco is also a ton of fun. 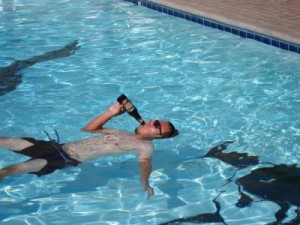 “What a mission” rating: 3/10, low – all you’ll need to get you started is a ball and makeshift posts.

4. Beach bats
While two topless men holding bats might not work for oil paintings, beach bats can be a lot of fun on a day spent at the sea. When last did you play beach bats? 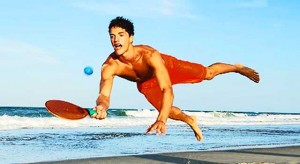 3. Beer Pong
Beer pong is a hell of a lot of fun and while it might not be sport in the traditional sense of the word – it sure is competitive, and perfect for the holiday season. Beer pong also has the advantage of that glorious mixture: sport and beer. That’s always going to come out tops in our books. 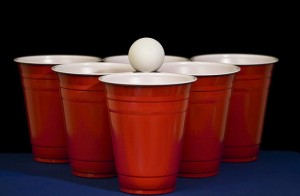 2. Touch football
While touch rugby gets an honourable mention – it can be a little too exerting, so we’ve decided to go with touch football (American) instead. 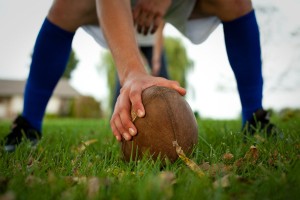 For this to work, you’d need a minimum of 3 players a side (one blocker, one quarterback and one runningback/receiver) so it works with relatively small groups too. Plus, it has the added benefit of working relatively easily for both girls and boys.

“What a mission” rating: 4/10, middle-ish – you need the right size ball and friends willing to get off the couch to explain the rules.

1.    Backyard Cricket
Backyard cricket, or simply Backyard as we call it, is pretty self-explanatory. It’s a light-hearted game of cricket in an appropriately sized backyard (so probably at your parents’ house) – it’s the perfect activity for those chilled friend or family gatherings over the festive season. 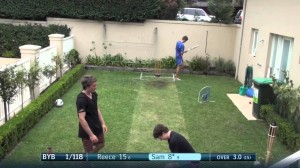 A nice way of amping up the competitiveness here is to make it into a test match where each team gets two innings to bat. I also like to tape up a tennis ball to provide it with a bit more weight and sting potential.

“What a mission” rating: 4/10, middle-ish – would be low but in addition to stumps a bat and a ball – you also need a appropriately sized backyard to play.

Which holiday sports have we missed? What games will you be enjoying this summer? Let us know in the comments or tweet us @leftbacks on Twitter!