In a surprising turn of events, it is believed that Mzwandile Stick is set for a return to the coaching fray under Rassie Erasmus.

As with all things SARU, the Springbok coach is known to the public long before an official announcement and in the case of Rassie Erasmus – this rings true. 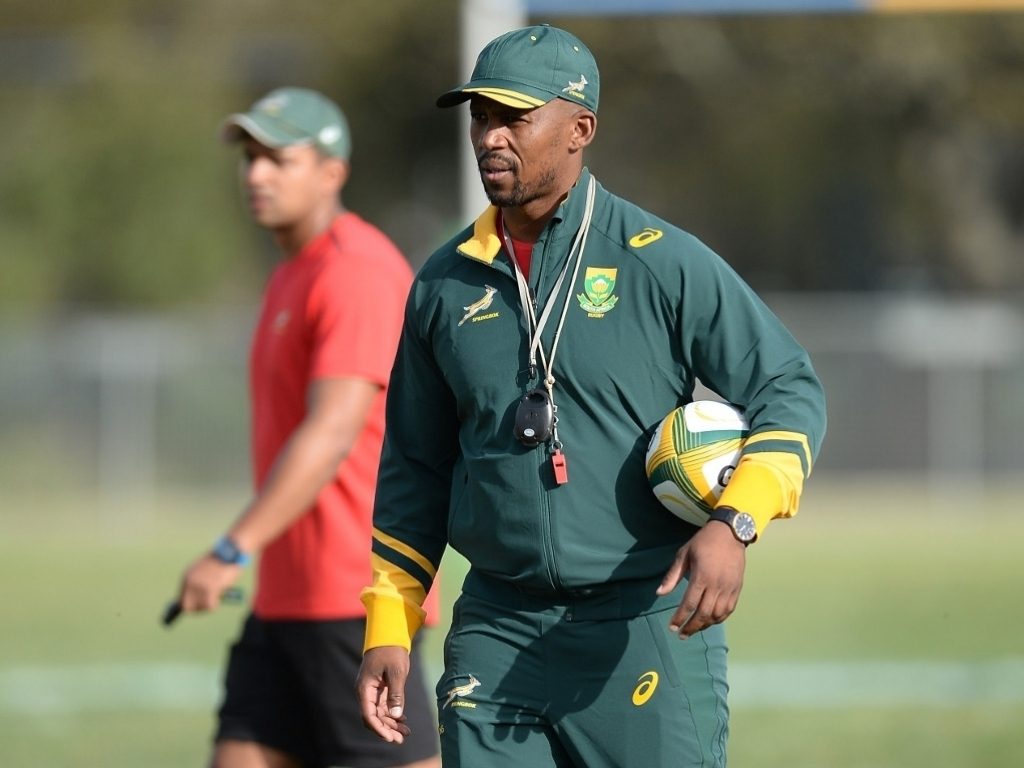 It is understood that Rassie will be announced shortly – either Friday or Monday – as the Springbok ‘caretaker’ coach – assuming the role until Rugby World Cup 2019 is a thing of the past.

Where it gets interesting is with his 3 assistants.

The first is Jacques Nienaber and this is no surprise. Nienaber is a long time colleague and trusted advisor of Rassie’s. He worked with him before Munster, during and is set to continue that relationship with the Springboks. Will roles are not cleared up – he will more than likely look after defense.

The second will be a return of forwards coach Pieter De Villiers (the French forward, not the coach of Zimbabwe). He last coached under Heyneke, was a member of Rassie’s high performance unit and will be employed to look after the pack of forwards.

While Matt Proudfoot is still employed at SARU – it expected that he will follow Allister Coetzee to his next venture.

The last assistant is said to be Mzwandile Stick.

Stick has enjoyed a meteoric rise to coaching stardom going from EP, to the Kings, and then to one of Allister Coetzee’s assistants – all before his 33rd birthday. Stick was a casualty of the Coetzee era where, in the wake of the disastrous 2016 Springbok campaign – after a salty Coetzee blamed a lack of quality assistants for the results – Stick, subsequently, got the boot.

Does he deserve to be there? Afraid not, if I am honest and irrespective of his race or his pedigree – one thing it does highlight is that Rassie does not have the carte blanche he was slated as having.

What’s your thoughts on the coach, his assistants and the whole thing? Give us a comment below or hit us with a tweet @leftbacks.