Ithemba is a Xhosa word meaning hope, and Temba Bavuma needs to hope that the selectors and new coach Ottis Gibson look beyond his current form / stats or better yet, hope for a change of fortune with regards to his form

The 27 year old has played 24 matches for the Proteas test side, with just one century coming early on in his career.

There have been talks that Bavuma should be promoted up the order from his current position at number six, but I’m sure that’s the last thing on his mind right now as he probably knows that an average of 31.60 isn’t good enough for someone tasked to get runs for his country.

When Ottis Gibson insisted that the players must play first class cricket in order to get some game time ahead of the Bangladesh series, that was an opportunity for Temba to get runs under his belt in order to gain confidence. Scores of 25 and zero only made matters worse, especially if your colleagues Hashim Amla, Dean Elgar, Theunis de Bruyn and new cap Aiden Markram get 100s. His skipper, Faf du Plessis getting 96 and Quinton de Kock chipping in with a half century for their respective domestic teams doesn’t do him any favours either. 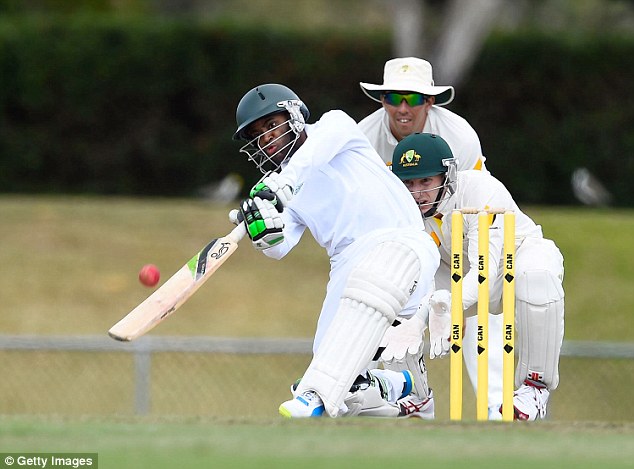 I really feel for Bavuma, because getting a start is not a problem for him, kicking on and changing gear seems to be the issue and a couple of guys from the domestic teams are looking to graduate and earn national colours. Temba’s place seems the most likely to be taken if a spot is needed.

Gibson was asked about transformation in the country and said he’s well aware of it and will be working with people that have been dealing with it, so he’ll also be learning from them. Temba is a player of colour, I am by no means saying he’s in the Proteas team strictly because of that but that must be a factor to consider if his poor form continues. Dropping him will raise alarm bells with the government and some backlash from the public.

The Bangladesh series might not be a make or break for the shortest Protea BUT he needs to get at least two half centuries or one big knock followed by moderate scores to improve his low average. Grinding is a word that can be associated with him, he definitely has a heart of a lion when he’s needed to fight, but unfortunately cricket is a numbers game and if those numbers aren’t doing him any justice.

Unlike Stephen Cook and Heino Kuhn who are in their 30s, Temba still has age on his side, something that might be a positive, but not for long, he needs to solidify his place in the team, then we can discuss where he can be best utilised.